RETURN OF PINOT MEUNIER TO THE BARRABOOL HILLS

One of the many grape varieties the Swiss vignerons brought into Geelong in the 1800s was Pinot Meunier. 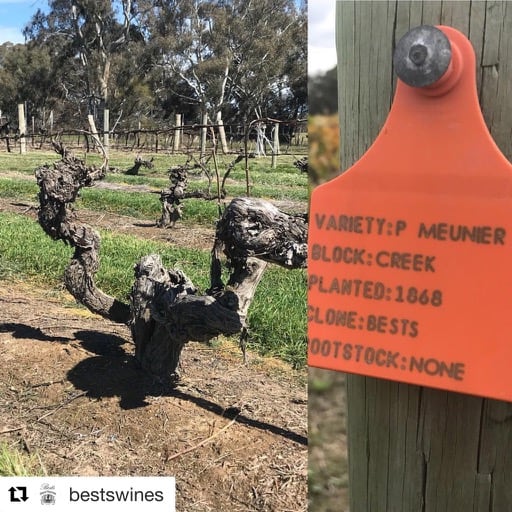 In the 1860’s Bests from Great Western sourced Pinot Meunier cuttings from the Barrabool Hills when they established a planting at their new vineyard at Great Western in Western Victoria. Some of those original vines, and their descendants, are still alive today at Bests and are part of a rich heritage of rare varieties at that vineyard.

In 2017, thanks to the generosity of Bests and the drive of Jon Helmer from Geelong Cellar Door, we were privileged to be able to take cuttings from Bests so that we could reintroduce the descendants from these original vines back into the Barrabool Hills. Cuttings were collected in 2017 and sent away to be grafted onto phylloxera resistant rootstock in preparation for planting out. While we were waiting for the cuttings to develop a new small vineyard was built along the road leading up to the cellar door. 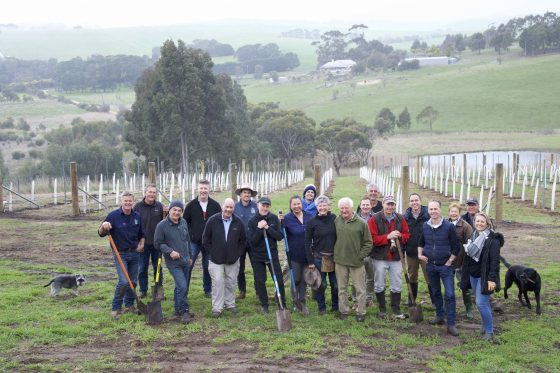 On the first day of Spring in 2018 a band of Wine Geelong members and other enthusiastic helpers converged on our vineyard and planted out our newly named Heritage Block with the Pinot Meunier cuttings.  Max Allan came for the day and wrote an article for Gourmet Traveller Wine. The planting was efficiently finished in a couple of hours, then it was off up the road to the cellars of the original Neuchatel vineyard for a tasting of modern Neuchatel wines brought from Switzerland for the occasion.

Our tasting was attended by the Swiss Consul General and her husband who were excited about the historic links between the areas, and the potential for strengthening ties between the Geelong wine region and Neuchatel.

When you drive up to the cellar door the Pinot Meunier vineyard will greet you on the left hand side of the road.