posted in Uncategorized by Geoffrey Anson on February 19, 2021

With all that has gone on in the Covid year it was not possible to celebrate Barwon Ridge’s 21st birthday during 2020. Our year of planting – 1999 – seems so far in the past, while at the same time it feels just like yesterday that we started. We thought that after 21 years it was timely to look back and celebrate some of the memories from our fantastic journey. 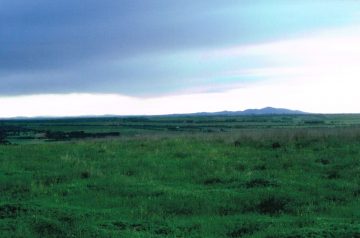 The start. The autumn before planting, the cow paddock overlooking the You Yangs in 1988. It took years of studying geological and soil maps, weather records, attending TAFE courses, countless kilometres of driving and plenty of futile searches before we found our paradise in the Barrabool Hills, just to the west of Geelong.

A frantic year of planning by our team of helpers and contractors, plus lots of advice from locals,  allowed the vineyard to be planted in Spring 1999. 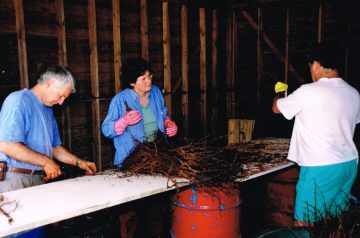 Planting the vineyard. Geoff, Joan and Ken preparing some of the 7,000 vines for planting in 1999. The 3.6 hectares of vineyard was originally planted with Chardonnay, Pinot Noir, Shiraz, Cabernet Sauvignon and Marsanne. In recent years we have added Rousanne and Pinot Meunier. Our original partnership comprised Geoff and Joan, and Ken King. In 2016 we agreed to dissolve the partnership so that Ken could concentrate on his vineyard in Kangaroo Ground and Geoff and Joan could focus on Barwon Ridge. 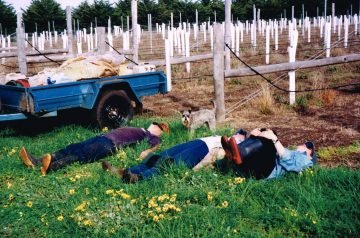 So many vine guards. 7,000 vines meant 7,000 second hand guards to be cleaned, zipped up and installed over the vines. It was hard on the back so stretching was part of each day’s activity. Chloe our Schnauzer wasn’t sure  what was going on. 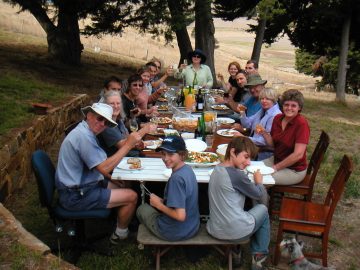 Work and play. Post harvest lunch 2006. Picking with friends, with the associated long convivial lunches, has always been an important part of the vintage. In early days we did all of the harvests with friends but as the vintage size has grown and the work days have become longer we have had to employ commercial pickers for the larger picks. We try and maintain one or two friends picks each year. 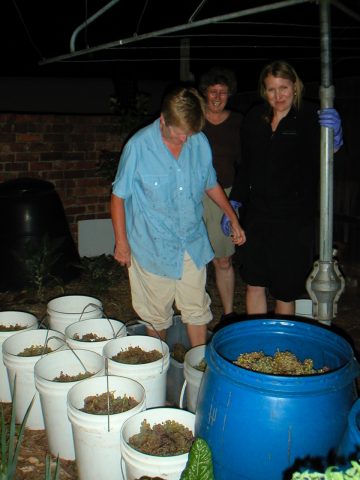 Our slow growing vines. Hand (or foot) crafted wines. Robin, Joan and Katie foot pressing the 2007 Marsanne. Picks over the first decade were very small due to the slow growth of the vines as they struggled to grow in the tough ground where the sandstone is near the surface. Even after 8 years the 2007 Marsanne harvest could be taken to Hawthorn in these buckets and foot pressed late at night under the Hills Hoist.

It took until around 2019 before we had viable vines over the full extent of the vineyard. Yields vary according to the season, ranging over the last few years from a high of 16 tonnes in 2017 to 8 tonnes in 2020. 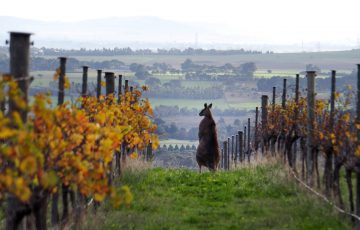 Caring for country has always been part of our philosophy. As we have revegetated parts of the property, wildlife has returned, including kangaroos in the “top paddock”. One of the first jobs in 1999 was to plant shelter belts and tree blocks. Over the last 5 years our revegetation has grown to include planting almost 5 hectares of indigenous open woodland species in paddocks adjacent to the vineyard. We enjoy our daily walks through the woodland and marvel at how the trees and wildlife are growing. 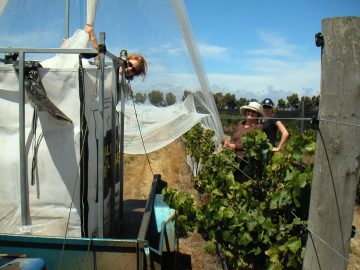 Bird pressures are growing over time. One vintage time job everyone involved was pleased to see the back of was putting out and bringing in the nets by hand. Nets are essential to keep the birds (particularly Indian Miners) away from the ripening fruit. Over the years young fit daughters and nieces were very important for this work.

Now we use a netting machine. It doesn’t get rid of all of the hard work, but makes the job much more manageable. And no one has to climb up the pole anymore when the nets get stuck. 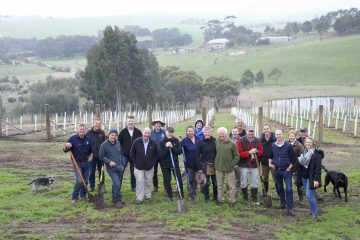 Return of the Pinot Meunier. After an absence of over 150 years Pinot Meunier was returned to the Barrabool Hills in 2018. In around 1856 cuttings were taken from the Barrabool Hills to Bests Great Western. These vines are still alive today at Bests and we were lucky enough to be offered cuttings from these same vines. They were planted adjacent to the road up to the cellar door. Geelong winegrowers and the Swiss Counsul General came to celebrate the return of the vines and their link to Neuchatel Switzerland where the first winemakers in Geelong came from. 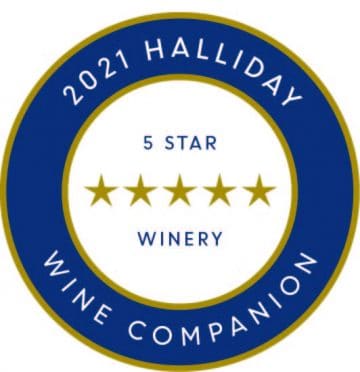 Recognition. Every vintage our wines have consistently won awards, including 3 trophies. In 2020 we were awarded 5 stars in Halliday’s Wine Companion and named one of the top10 Dark Horse vineyards across Australia. In 1999 we won the Geelong Chamber of Commerce “Clever, Creative and Sustainable Business” award for our integrated whole farm approach to our business.

A welcoming cellar door.  Opening the cellar door in 2017 has allowed us to meet many more customers and to introduce our wines to a new range of people. Joan and Geoff enjoy meeting old and new customers. Along with the wine and home made produce we now offer food platters to enjoy on the veranda. Our next stage of development is underway with the construction of new native gardens and picnic areas for visitors to relax in. This year (2021) the rattly and daunting road up to the cellar door has been replaced with new smooth gravel and asphalt so wines (and our visitors) are not shaken up. 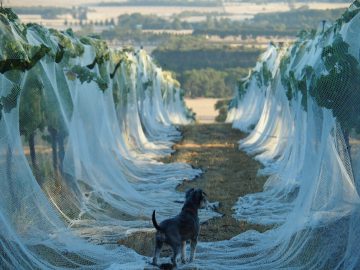 Our Schnauzer home. Where would a vineyard be without a dog? First Chloe and now Heidi have been our constant companions on the whole journey. They are particularly excited and useful when chasing birds from under the nets. 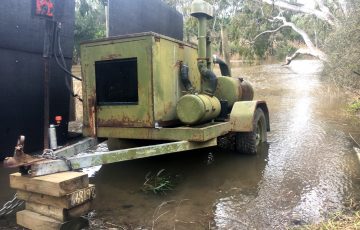 Irrigating the vines from the Barwon River. With average annual rainfall <500mm (and down to 280mm in 2008) irrigation for the vines is essential. We use a portable pump to pump water 2 ½ km from the Barwon River each spring to fill our dams. This pumping has its challenges as the river rises quickly if there is heavy rain in the catchments. There have been a couple of rebuilds over the years due to flooding of the pump. The positive side of managing the pumping early morning or late evening is watching the wildlife along the river, including occasionally Platypus and Rainbow Bee Eaters. 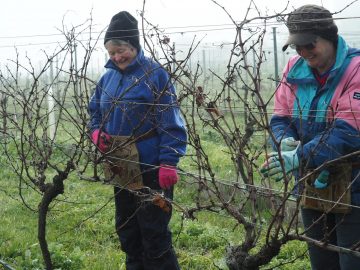 Family and friends. The help of family and friends has been central to the success of Barwon Ridge. We would not have been able to achieve what we have without their tireless help and good cheer. We have included a few photos of some of our many helpers at the end of this article. 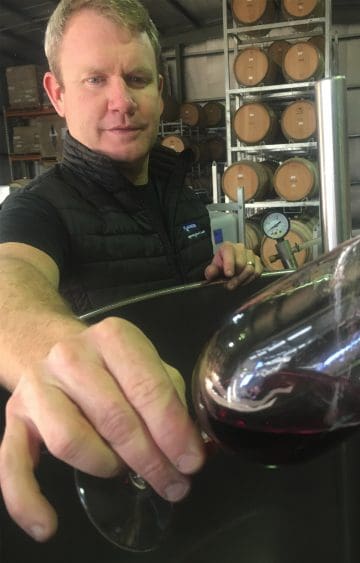 Premium wine is what we are about. At the end of the day all of the vineyard work is designed to produce exceptional wine. We chose the site because of its limestone soils, open aspect, low rainfall and full sunshine. These factors,  together with rigorous vine management are producing the quality fruit that we hoped for when we chose the site.

Since 2013 we have had an exceptional winemaker in Nyall Condon who is turning that fruit into award winning wines at Leura Park. Nyall and Geoff are working closely together to produce distinctive Barwon Ridge wines that reflect the terroir of the Barrabool Hills and the seasons.We are proud of the wines we offer.

However, we are never completely satisfied and are constantly striving to lift the quality and find new flavours that reflect our site. 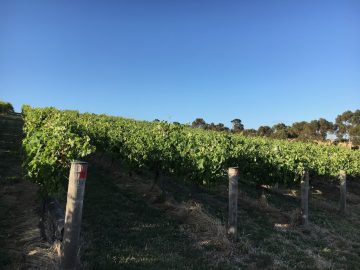 Perseverance pays off – a full vineyard at last. It is now 2021 and the vineyard finally has healthy vines from top to bottom of all rows. It has taken almost 20 years to fill in the dry area in the middle of the hill. Composting the undervine areas twice and extra water drippers have got the young vines through their first few years. They now have their roots into the cracks in the limestone and look ready to take off. 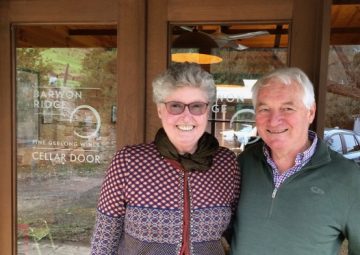 What a fantastic 21 years!

Thank you to all of our helpers. 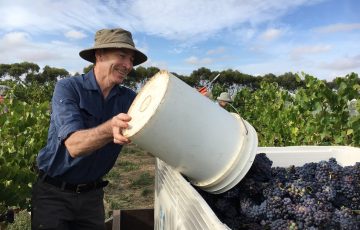 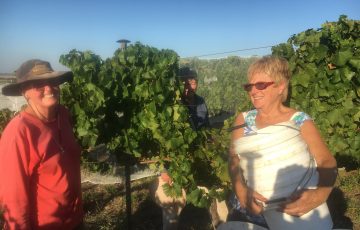 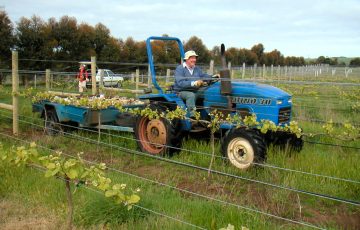 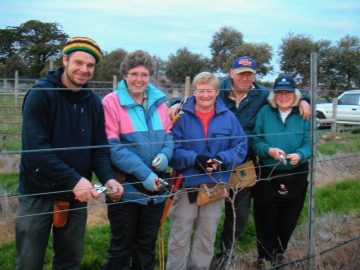 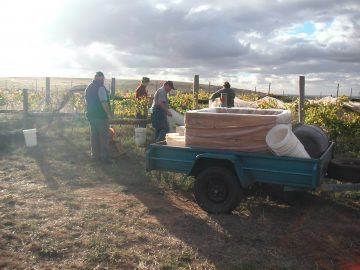 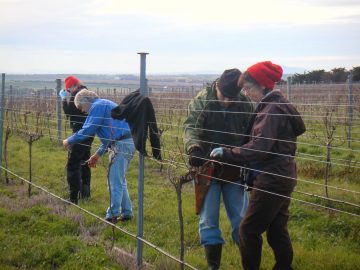 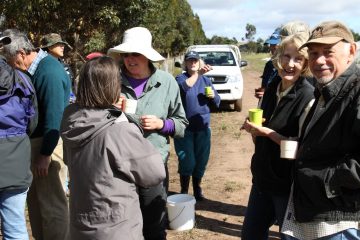 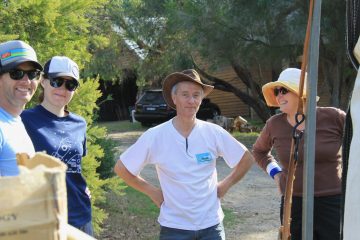 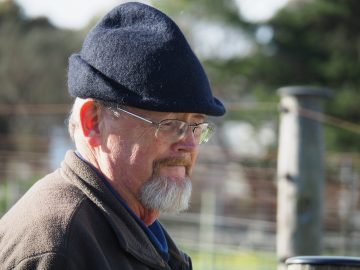 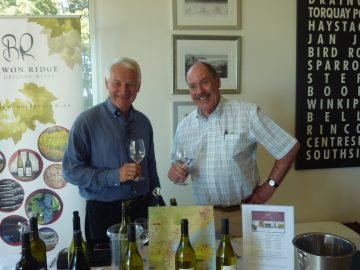 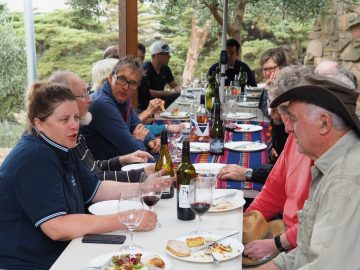 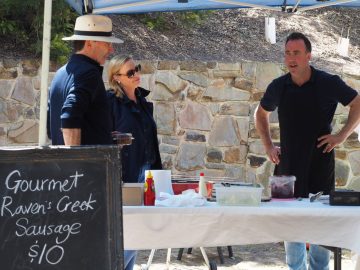